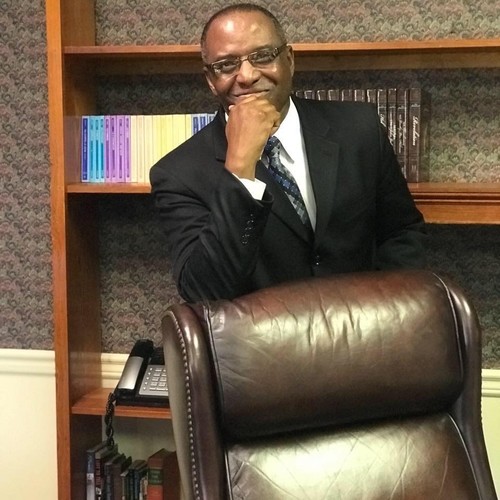 E. Lamar Young became a Christian at the age of twelve (12) and at the age of sixteen (16) God called him to preach the gospel of Jesus Christ. In response to the calling God placed upon his life, E. Lamar Young graduated high school and met all qualifications to receive his official ministerial licensure in the same year (1980). Instead of pursuing academic studies following licensure, God led E. Lamar Young to pursue real-world experiences by directing him to volunteer for military service. In 1980, he became a United States Marine where he served as an Artillery Weapons Specialist and Sharp-Shooter the first two (2) years of military service and concluded his active-duty tenure as an Assistant to the Office of the Chaplaincy. After four (4) successful years of military service, E. Lamar Young received an honorable discharge, returned to his hometown of Chattanooga, Tennessee and pursued academic studies at Unity Theological Seminary where he earned a diploma in Educational Ministries. He continued his academic studies at Christian Bible College and Seminary where he received his Bachelor of Arts degree in Biblical Counseling & Psychology and Master of Arts degree in Christian Counseling & Psychology.

Pastor E. Lamar Young is the humble recipient of the Martin Luther King, Jr. Community Service Award, Focus Award, CHA Commissioner Award along with other recognitions. He also served as an Adult Commentary Writer with the Sunday School Publishing Board (SSPB, Inc.) for five (5) years and Lead Faculty Instructor with the Black Family Institute of the National Baptist Congress of Christian Education for thirteen (13) years. His forthcoming book entitled, 'Conflicts Within, A Journey Through Real and Lasting Change' is being prepared for publication and is generating excitement among his supporters.

Pastor E. Lamar Young gives all glory to God and is eternally grateful for the loving support he receives from his family. He is forever grateful to his parents (James and Frances Young) for the Christian home he was raised in. He recognizes his father in the ministry, the late-great Dr. Virgil J. Caldwell and mentor, the late-great, Dr. Cameron Madison Alexander as two (2) giants that significantly influenced and shaped the ministry God has called him to, and the man of God he has become.

To God be the Glory!

Subscribe to receive email updates with the latest news.